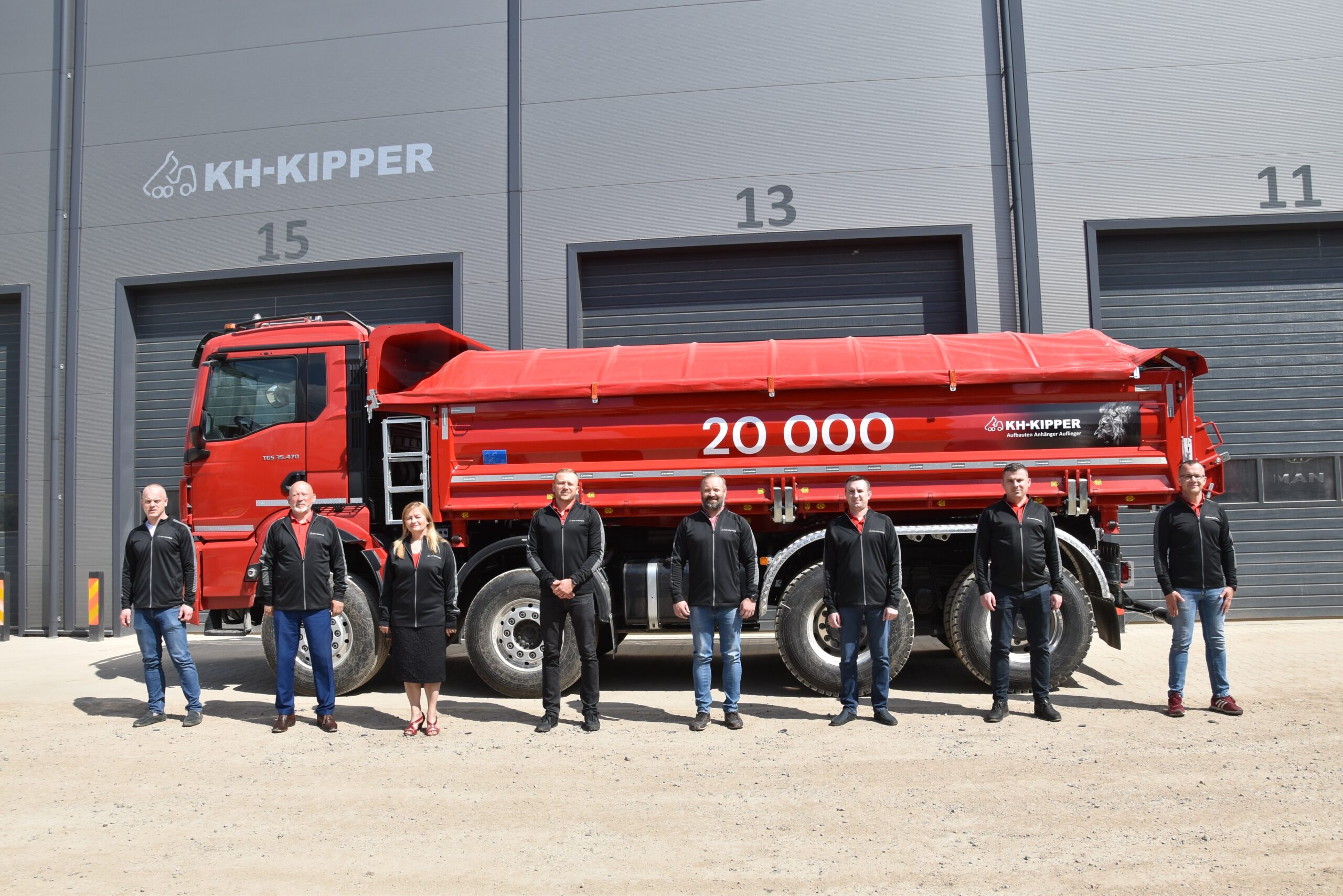 KH-KIPPER has reasons to celebrate. The 20,000th unit in the company’s history left the new production hall which was put into operation last year. The three-way body on a 4-axle chassis will soon take part in the annual MAN Trucknology Roadshow event organized by the headquarters of the German manufacturer. It is the so-called ‘The big seven’ where the most of KH-KIPPER’s production goes.

The company was founded 23 years ago as a family business of several people. In the first year of operation, only 16 tippers were produced, and today the annual production is around 2,000 units. Each day 10 units leave 2 production plants in south-eastern Poland.

Trucks with KH-KIPPER bodies, trailers, semi-trailers and hooklifts work in all latitudes. From Mauritius on the coast of Madagascar to the arctic Svalbard and from sunny Chile to the frosty Far East of Russia. In total, in over 60 countries around the world. They transport materials necessary for road construction, build energy networks, transport municipal waste, agricultural produce, machines on tow trucks. Trucks do their job even in the most difficult operating conditions. Huge dustiness, round-the-clock transport cycles, and even extreme temperatures reaching -40 degrees are sometimes the bread and butter of the equipment that is made near Kielce.

The intensive development of the company and excellent business results are undoubtedly due to effective teamwork – emphasizes Andrzej Kamionka, President of KH-KIPPER. – The production plants in Kajetanów and Skarżysko-Kamienna employ almost 500 people involved in such areas as production, sales and deliveries, product development and administration. Last year, the new final assembly hall and warehouse were fully operational. The construction of the new office is nearing its end. Infrastructure investments are aimed at optimizing delivery times to our customers around the world.