Production of bodies in the difficult times of the pandemic 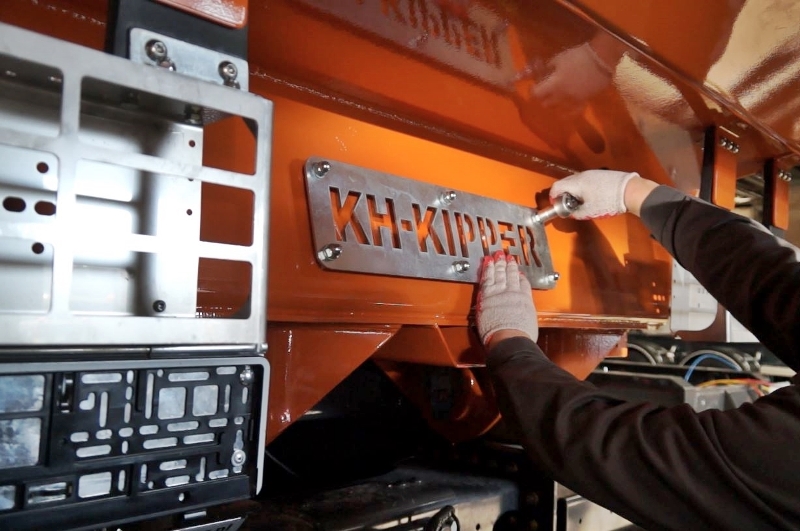 This year’s situation, caused by the spread of the coronovirus around the world and the restrictions introduced by individual countries, changed the functioning of almost every enterprise.

While in the first quarter of 2020, the KH-KIPPER company recorded the results as planned, in the second quarter the number of delivered chassis, production, the number of man-hours worked and sales decreased significantly. It is true that since April there has been a decline in orders, but new orders have been flowing in all the time, so the situation was different from the last economic crisis as in 2009. In the third quarter, the number of new orders increased, a small part of which in the worst period were withdrawn or simply suspended. Along with waking up of the economy, customers from Poland and abroad began to be more interested in construction equipment – picking up vehicles they had ordered before the pandemic and asking for new bodies.

In the second half of the year – the number of orders and deliveries of new chassis for bodies have returned to normal. KH-KIPPER closed the year 2020 at a quantitative level similar to that of 2018, i.e. 1800 pieces.

Despite the difficult epidemiological situation, production was not stopped, and product deliveries were made on an ongoing basis. The tippers were leaving the plant without any problems in accordance with the production plan updated with the new delivery times for the chassis. Due to difficulties in crossing the borders by drivers picking up ready vehicles, the type of transport has sometimes changed. Instead of on wheels, the tippers left Poland, e.g. on tow trucks or by wheeled transport combined with sea transport. Some of the bodies are not mounted on the chassis, but delivered in parts to the customer’s country, so nothing has changed in this regard. Both production plants worked continuously with additional safety measures to keep employees and outsiders safe. The crew has not been reduced, and the handover of products, collection of receivables and payment deadlines have not changed.

The time of the pandemic was used to increase production efficiency in order to be prepared for a quick increase in production capacity after the crisis. Most of the work on the construction of the new final assembly hall and the connected office building and warehouse was finalized before the pandemic. Work on the new office is ongoing and its launch is scheduled for 2021. After the office building is completed, it is planned, among others, to develop the department for laser cutting of 3D profiles, which will enable the efficient production of new construction subframes, automatic shot blasting and powder coating lines as well as welding automation and robotization.