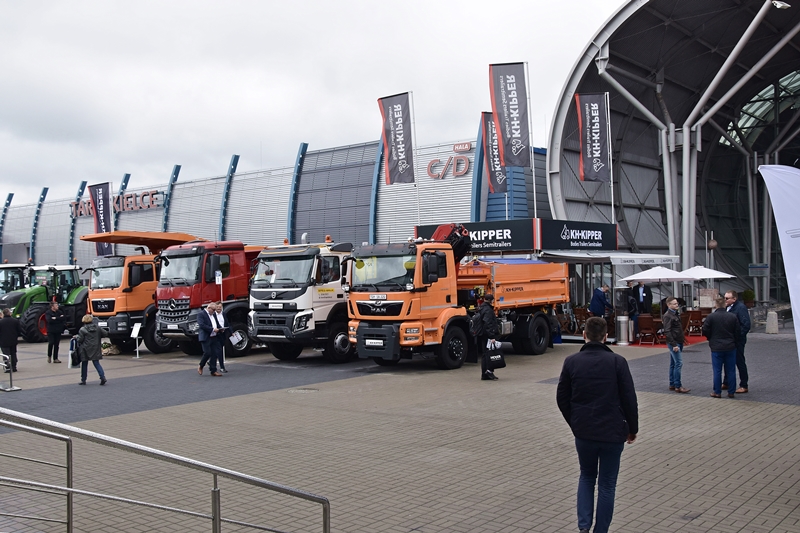 This year the Autostrada-Polska trade fair turns 25 years old. During the last quarter of a century the event has emerged as the biggest road construction trade fair in this part of Europe. The jubilee edition which took place in Kielce on 14-16th May 2019 gathered 200 exhibitors from 18 countries and was the place of numerous conferences, debates and meetings. As usual, KH-KIPPER presented a wide range of bodies on 7 chassis brands: at the main stand in the east terminal, at the rented area in the west terminal as well as at the test area.

All in all, one could see at the fair as much as 11 KH-KIPPER products for construction, mining and municipal sectors. The Polish producer’s stand attracted great interest since during the 3 days of the event it was visited by guests not only from Poland but also other countries such as Grmany, France, Holland, Sweden, Czech Republic, Slovakia and Russia. On the first day the stand was also visited by the Vice-Minister Rafał Weber, the Secretary of State in the Ministry of Infrastructure.

The official award ceremony of AUTOSTRADA POLSKA trade fair, TRAFFIC-EXPO – TIL, ROTRA and Europarking Exhibition took place on the first day of the event. Medals and honorable mentions were handed over for best products. Andrzej Kamionka, the President of KH-KIPPER has received a medal for the improved classic W1CE rear-tipping body for construction and light-duty mining applications.

We would like to thank you for visiting the KH-KIPPER stand and we invite you to visit it again next year!