KH-KIPPER » Produced in Poland – exported to the whole world

Produced in Poland – exported to the whole world 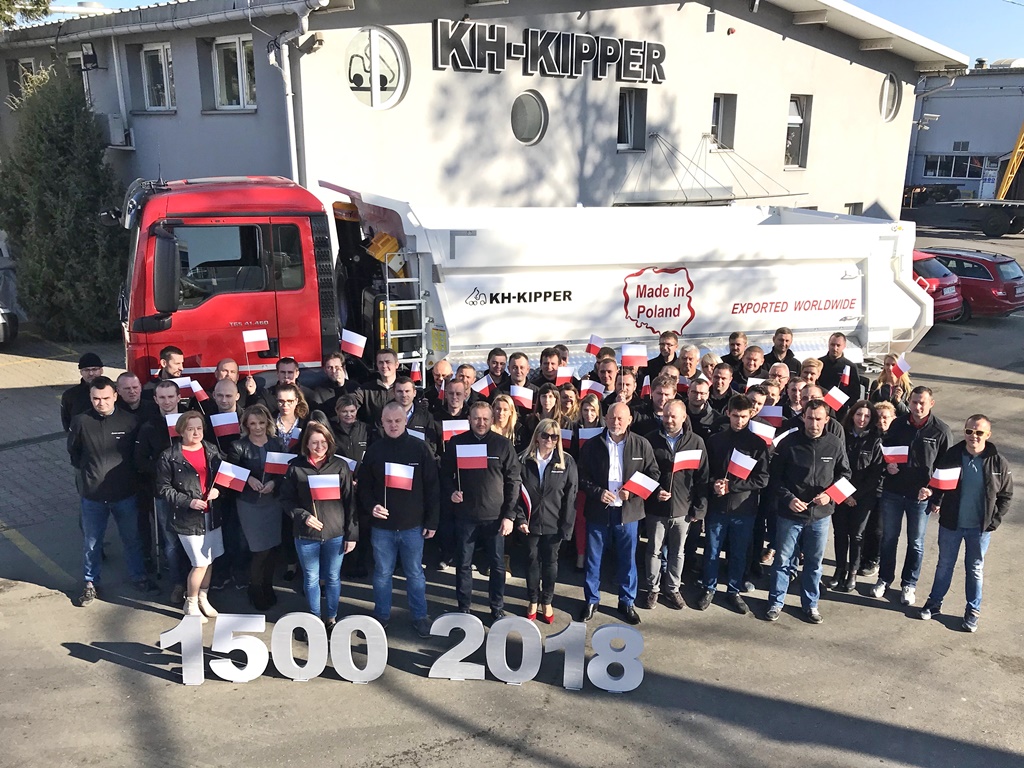 KH-KIPPER reports another production record this year. All the indications are that for the first time in history, the leading Polish producer of tipping bodies on trucks will close this year with the number of 1800 produced units of bodies, trailers, semi-trailers and hook loaders. The 1500th unit in 2018 has just been produced for a client in Romania.

The jubilee tipping body is a top product which first came into light in 2003 at the Kielce road construction exhibition. It has gone through many modifications during its 15 years of existence on the market and today it is the most popular product among not only local customers but also foreign ones.

100% of production is performed in Poland. The tipping bodies which KH-KIPPER is most famous for are produced in two factories in the central-east part of the country. Almost 500 people work in two production plants in Kajetanów and Skarżysko-Kamienna which are located near Kielce. The production equipment includes among others a robot welding, laser cutting, numerically controlled machining or shaping the elements through stamping and rolling. In their products, KH-KIPPER is using materials and components of the world best steel, paint and hydraulics producers (SSAB, HYVA).

90% of the production is exported to the foreign markets. The long-term stable development of the company can serve as the confirmation of the unquestionable global success of KH-KIPPER. In order to gradually increase the production capacity, new investments such as building of a new office building, final assembly hall and new painting cabins, have already begun.